It snowed in New York today. A LOT. Too bad I don't have class on Mondays because apparently, school was cancelled and that's the first time that has happened to me since sophmore year in highschool. Just. My. Luck.
I know that a lot of people who live in warmer climates where they don't get snow, would LIKE to experience snow and think it's all romantic and wonderful like that scene in Love Story, but let me burst your bubble -- snow sucks. It's pretty at first but then you have to trek around in it and it starts to turn grey and slushy from all the dirt... plus it messes up your shoes BIG time. True shoe lovers do not love snow. Spent most of the day huddled away next to the heater but went up to my roof for a snow fight with the bf and Meeko. Hot Chocolate immediately upon return :) 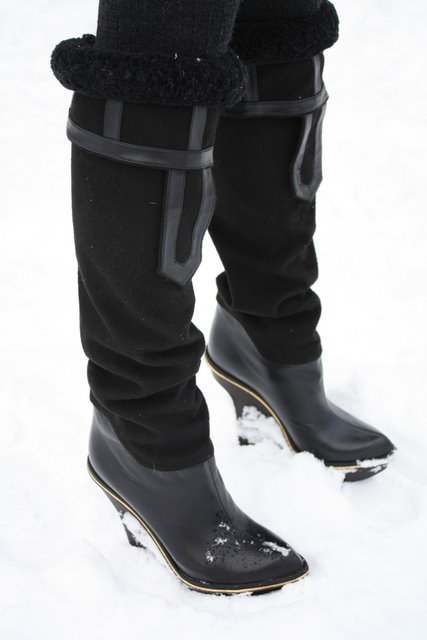 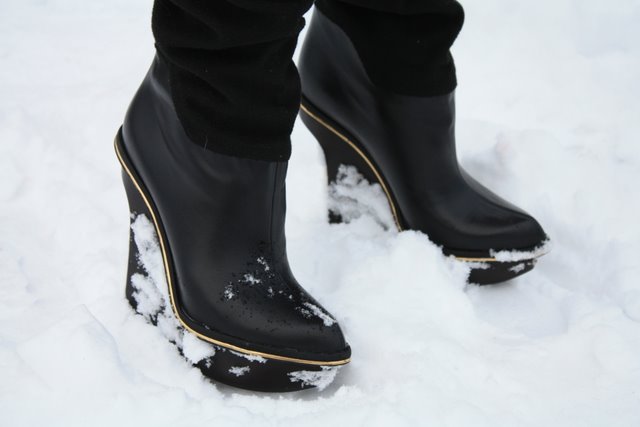 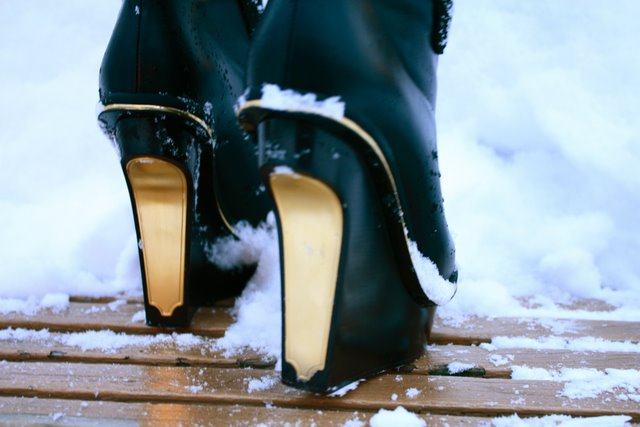 Definitely looks best from the back. Oh Stella. How you make faux-leather look so real I'll never know. 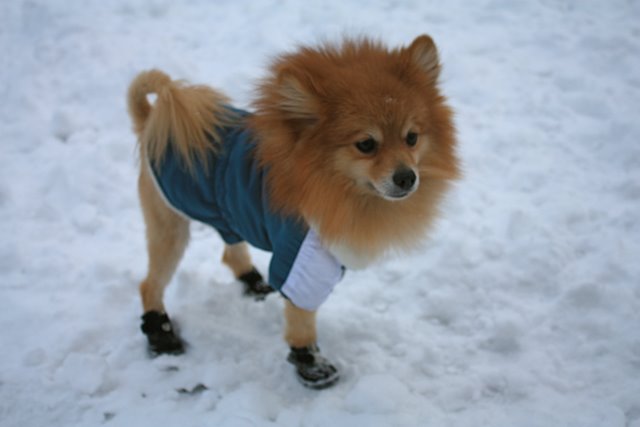 Meeko rockin' his boots better than me. 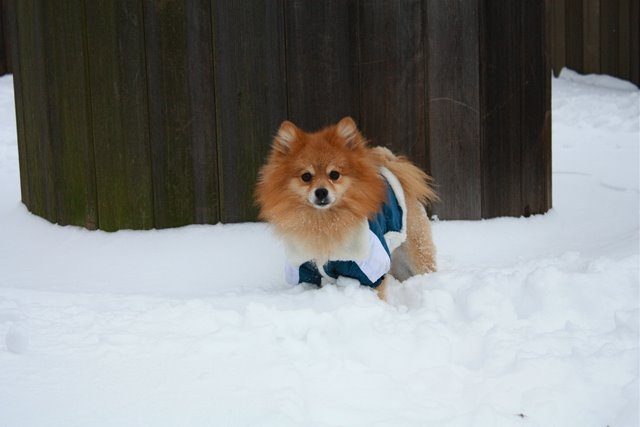 Vulpes vulpes in the wild 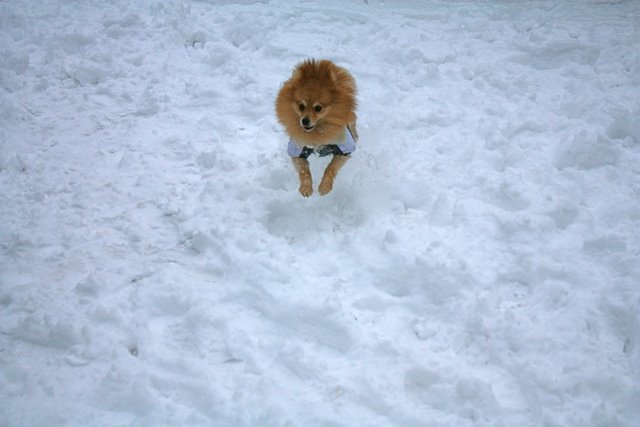 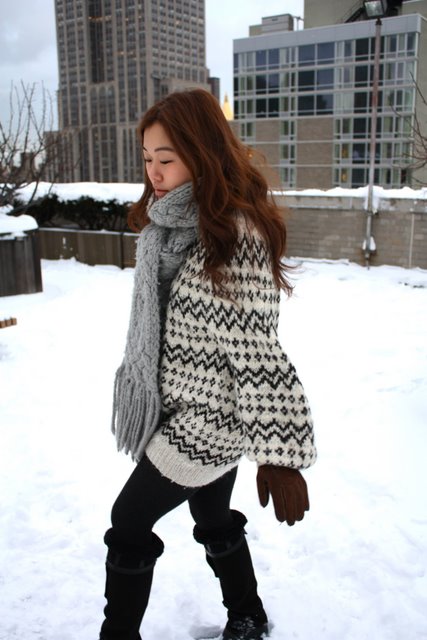 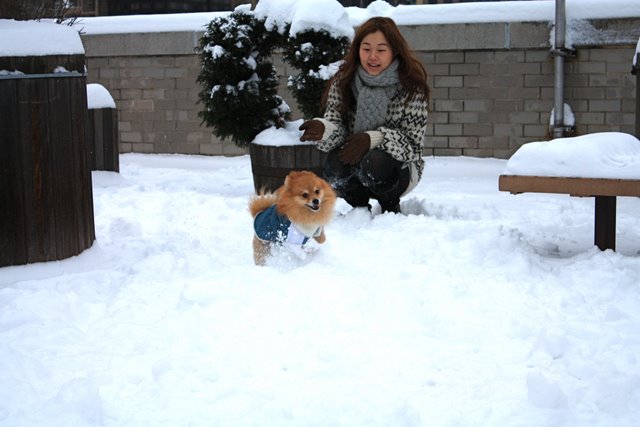 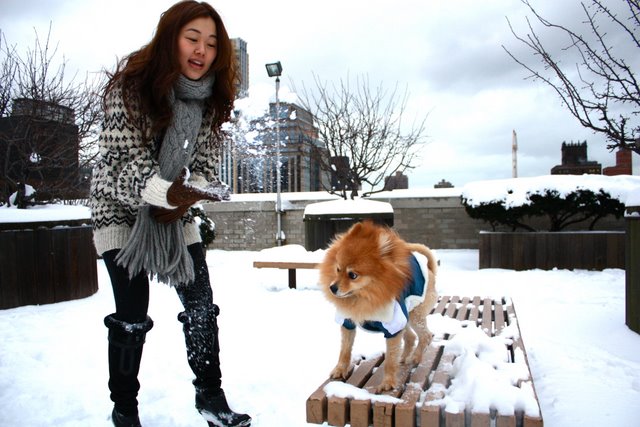 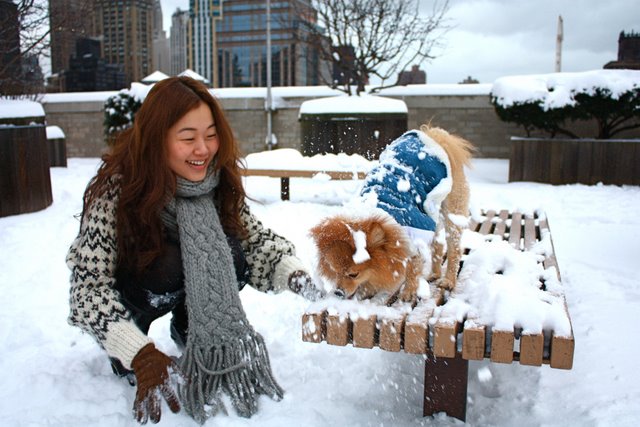 Meeko lickin that snow up like it's powdered Red Mango 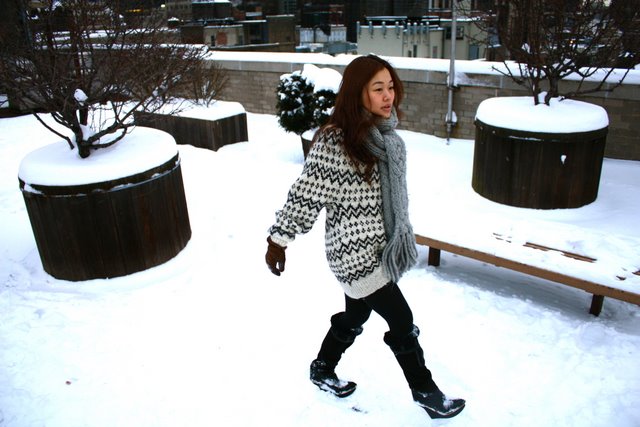 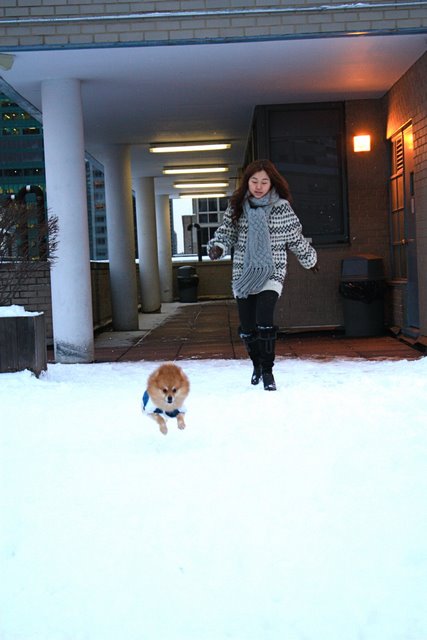 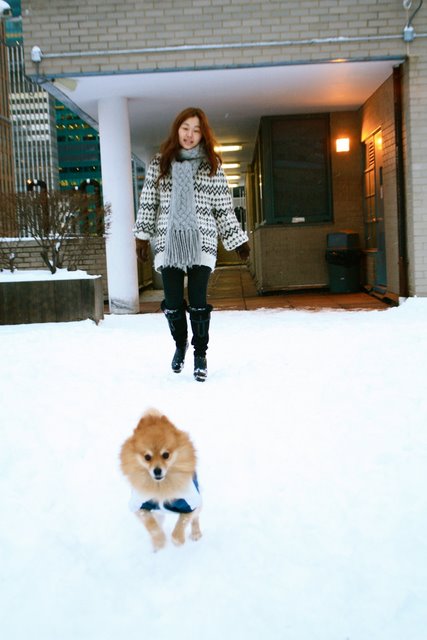 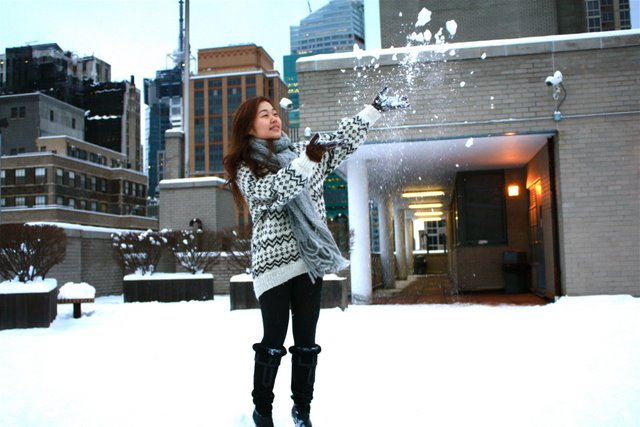 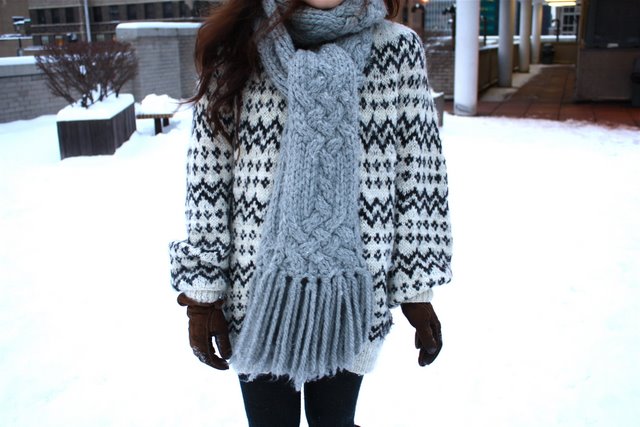